*NOTE: Some of the houses on this list are private residences, so visitors are NOT accepted. To determined if you will be welcomed as a visitor, please view the link (web address) of the home of interest. 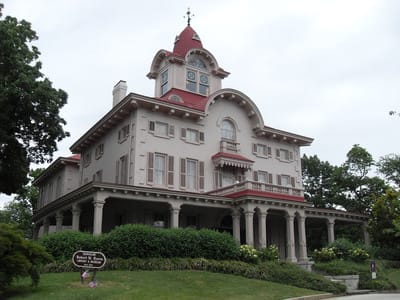 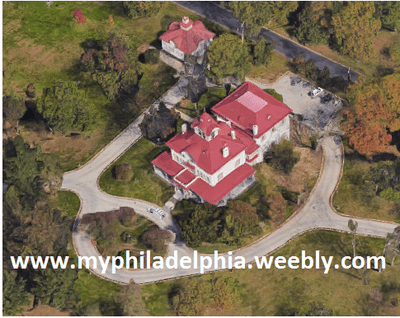 Ryerss Mansion
7370 Central Ave
Philadelphia, PA 19111
http://www.ryerssmuseum.org/
Ryerss is a historic mansion in Fox Chase, Philadelphia. It was built by Joseph Ryerss, Tioga Railroad president, in 1859.  The mansion sits in beautiful Burholme Park and is known for its Italianate Villa style  architecture. 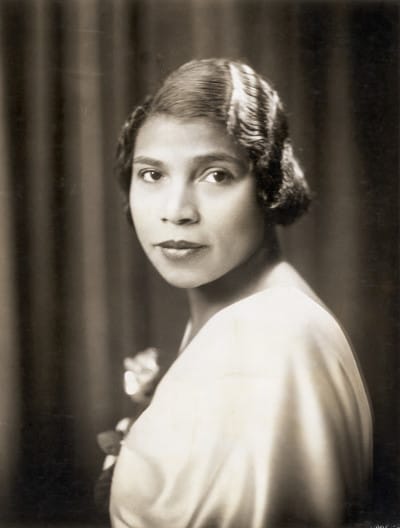 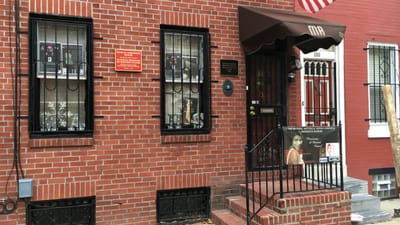 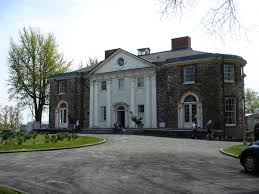 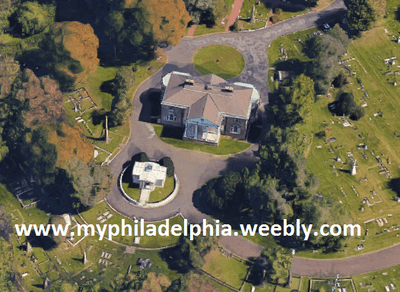 Woodlands Mansion
4000 Woodland Ave
Philadelphia, PA 19104
http://woodlandsphila.org/zywp8w2pjwmbwg8v9quprwgrdeuee6
​ The Woodlands Mansion is located in Spruce Hill, Philadelphia. Andrew Hamilton built his Federal-style mansion on his 250-acre estate in the late 18th century. The mansion is rich in history and is designated as a National Historic Landmark District. By the 1840s, the property fell into disrepair and the grounds were turned into a cemetery. Today, the property (cemetery, mansion, and landscape) are an educational resource for anyone seeking further understanding of American architectural and botanical history, urban development, and the origin and growth of West Philadelphia.
Johnson House
6306 Germantown Avenue
Philadelphia,PA 19144
http://www.johnsonhouse.org/ 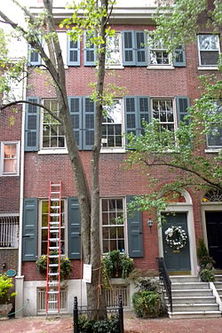 The J. Peter Lesley House is located in Center City Philadelphia.  Peter Lesley lived in the home from 1869 until 1896.  He was a well known American Geologist, and served as a geologist for the state of Pennsylvania and Director of the Second Geological Survey of Pennsylvania from 1874 to 1896. As a geologist, Lesley made extensive and important researches in the coal, oil, and iron fields of the United States and Canada. From 1872 to 1878, he served as professor of geology at the University of Pennsylvania; after 1886 he was emeritus professor. The J. Peter Lesley House is where he wrote most of his reports and made most of his drawings.
Belfield Estate
2100 Clarkson Ave
Philadelphia, PA 19141
http://www.lasalle.edu/commun/history/articles/pealeweb.htm

The Belfield Estate is located on the campus of La Salle University. It was home to Charles Wilson Peale, an American painter, from 1810 to 1826. Peale painted many portraits, including  Benjamin Franklin, George Washington, Thomas Jefferson, and John Adams. He is best known for his portraits and as the founder of the first major museum in the United States, the Pennsylvania Academy of Fine Arts.

The Stenton Mansion is located in Logan, Philadelphia. It was home to William Penn’s powerful agent-secretary and Philadelphia's 14th mayor, James Logan. Logan was a  politician, merchant, and scholar. He mentored both Benjamin Frankin and John Bartram.  Generals George Washington and William Howe headquartered at Stenton before the Battle of Germantown.
The Logan neighborhood and the Logan Square landmark gets their name from James Logan. 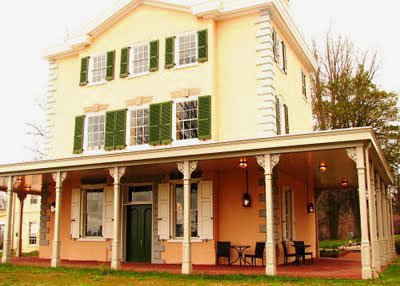 
* For other historic mansions in Fairmount Park, please visit
http://parkcharms.com/

The Powel House is located in  Society Hill, Philadelphia. It was built in 1765 by merchant and businessman Charles Stedman. The house is named after its second owner, Samuel Powel. Samuel Powel served as the mayor of Philadelphia and a Pennsylvania state senator in the late 18th century. Samuel and his wife Elizabeth brought the house in 1769. The two together was known as a power couple and were friends with George Washington, John Adams, Benjamin Rush, Benjamin Franklin, and the Marquis de Lafayette. The Powel House is where George Washington's wedding took place. 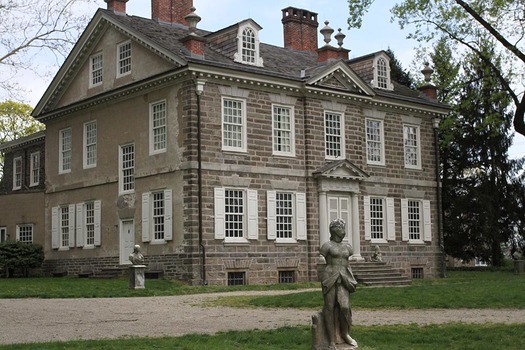 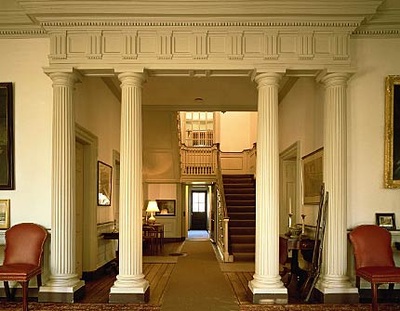 Cliveden
6401 Germantown Ave
Philadelphia, PA 19144
http://www.cliveden.org/
Cliveden is a historic mansion in Mount Airy/Germantown, Philadelphia. It was built by a Benjamin Chew, a former chief justice of Pennsylvania. It is the site where the Battle of Germantown was fought in 1777. Today, it is located on 6 acres with a beautiful garden. Many people tour this mansion ,and its Georgian architecture makes Cliveden one of the prettiest houses in America.  It is designated as a historic Philadelphia landmark. 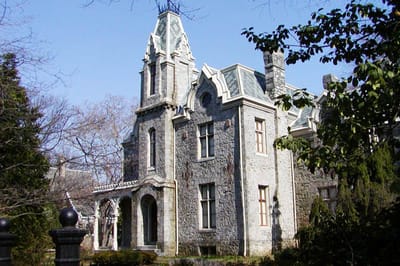 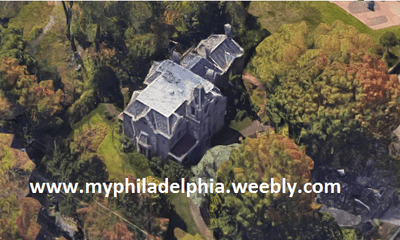 The Ebenezer Maxwell Mansion is a Victorian mansion in Germantown, Philadelphia. It housed the Maxwell family in the 19th century. The mansion is well maintained and has not changed since the 19th century. It has hand-painted ceilings, and a beautiful garden that defines the Victorian era. Both floors of the mansion also represents the style of the Victorian era. The first floor of the Mansion represents the style of the 1860's when the Maxwell family lived there ,and the second floor represents the 1880's  after the centennial celebration in Philadelphia. 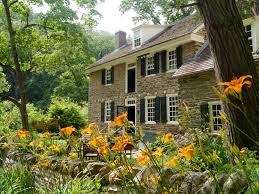 Glen Fern
1100 Livezey Lane
Philadelphia, PA 19119
http://www.friendsofglenfern.org/
Glen Fern is located in Mount Airy, Philadelphia. The mansion took years to built. The first section of Glen Fern was built in 1696, additional sections were added around the year 1732 ,and the rest of the house was completed a couple of years later. Come see this beautiful mansion for yourself. 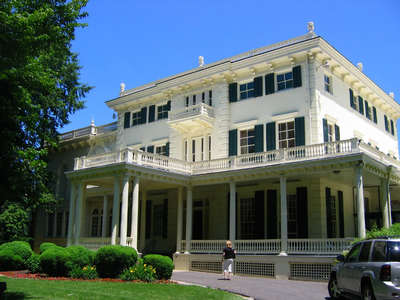 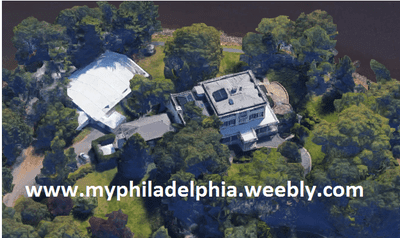 "Glen Foerd on the Delaware  is located on 18-acres at the confluence of the Poquessing Creek and Delaware River in Northeast Philadelphia. It is the only remaining riverfront estate in Philadelphia open to the public. The estate was saved from demolition by a coalition of dedicated neighbors in the immediate community. They formed the non-profit Glen Foerd Conservation Corporation to manage and operate the estate, which is leased from Philadelphia Parks and Recreation. Over the last three decades, Glen Foerd Conservation Corporation has raised funds and organized projects and programs to stabilize the site and increase public access. The estate grounds are free to the public and open everyday from dawn to dusk". 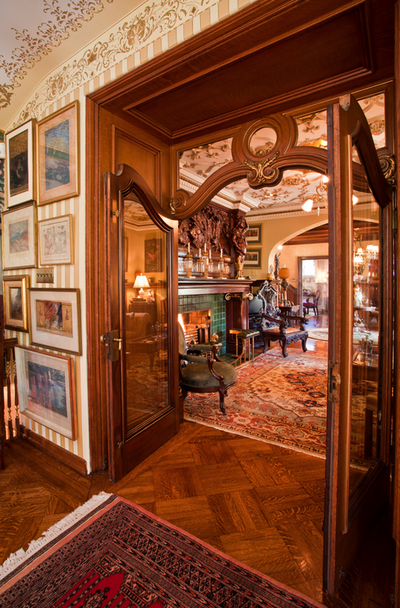 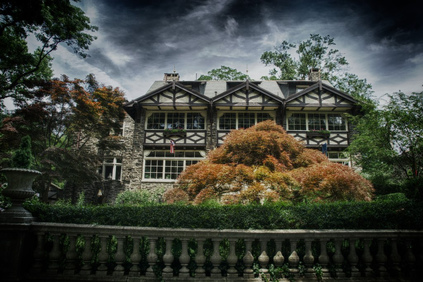 Oaks Cloister
5829 Wissahickon Ave
Philadelphia, PA, 19144
https://www.facebook.com/pages/Oaks-Cloister/170120459686172
"The Oaks Cloister is located in Germantown, Philadelphia. Since it was built over 112 years ago, it has been considered one of the most magnificent private residences anywhere in Philadelphia. Every detail was conceived by Joseph Miller Huston, who designed Pennsylvania’s State Capitol building, The venerable landmark was abandoned and threatened with demolition when Dr. Russell Harris and Mr. John Casavecchia bought it in 2002. The new owners spared no expense in restoring the home to its former glory". 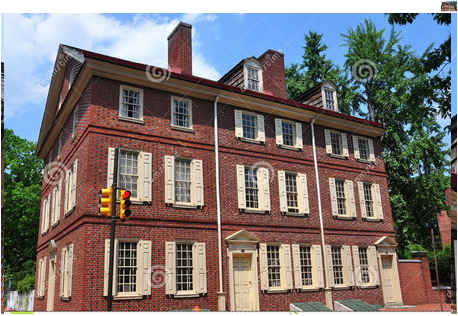 Dolley Todd House
4TH AND WALNUT STREETS
PHILADELPHIA, PA 19106
http://www.ushistory.org/tour/todd-house.htm
The Todd House is located in  Society Hill, Philadelphia. The  house reflects the lifestyle of 18th century Philadelphia's middle class. It was built in 1775 and was the home of lawyer John Todd and his wife Dolley Payne.
The Kelly Family Home
3901 Henry Avenue
Philadelphia, PA 19129
The Kelly Family Home is located in East Falls, Philadelphia. This is the childhood home of Grace Kelly, an American actress who became the Princess of Monaco after marrying Prince Rainier III. I am glad to report that the home is once again in the hands of the royal family. In October 2016, it was reported that Prince Albert of Monaco, Grace Kelly's son, brought the home.
Powered by